In American country music, specifically in the capital of the genre, Nashville, Tennessee, it is becoming increasingly difficult for women to burst through the glass ceilings and receive the creative recognition they deserve. At the head of this fight is Margo Price, a 39-year-old folk artist with ties to outlaw country. An even smaller percentage of country music artists experiment with hallucinogenic drugs for their music, which is another avenue Price Is heading.

Strays is Price’s fourth studio album released under Third Man Records based in Nashville. As an artist who has been engulfed in the culture for a while, this album comes off as something like a step back from the hustle and bustle of the music industry and the white, hot spotlight that accompanies it.

So, Price elects to take a step back. As she covers in the opening track, “Been to the Mountain,” she’s been a woman who has taken on many roles and ultimately found herself unsatisfied. “I know there’s more here than this/ As I stare in the void of the black mountain vacuum,” said belts, realizing these moments, or “mountains,” that she’s seen are no longer satisfying her. She’s shifting to the passenger seat.

On previous albums, Price was open about some of the hardships in her life, such as losing a child, broken dreams, and having to fight for her place in Nashville. She’s made a career out of speaking her mind about staying true to her heart. Even in the face of adversity, she persists, as she discusses in “Radio” featuring Sharon Van Etten, “People try to push me around/ Run my name straight into the ground/ I can’t hear them I tuned them out.” “Radio” is a great example of the pros of self-isolation in the music industry, when around every corner someone is attempting to alter your image or your sound. Once that aspect gets taken out of the music, artists begin to thrive.

Price encapsulates just how fed up she is over the groovy, driving bass riff that seems to pay homage to her outlaw country roots in “Change of Heart.” She’s reached a wit’s end with those in her corner. “I quit trying to change your mind/ I had a change of heart.” Price realizes there comes a point at which you must put your own goals above those around you. She also explores the feelings that arise whenever you stop identifying with not only those in your inner circle but also losing someone within it on “County Road,” a song reminiscent of Fleetwood Mac in their prime. “Sometimes I want to see it burn in the rearview mirror,” she sings wistfully, lamenting the place that reminds her of this unnamed figure.

Price takes a lot of creative liberties as well on this album. She writes of a desolate woman over a yearning, melancholic acoustic guitar guiding her words, which she performs in a sort of spoken prose on “Lydia.” People look down on Lydia, calling her “white trash, trailer trash” as she tries to obtain an abortion without health insurance. She speaks to the wider implications of the inability to obtain an abortion, such as the inevitable poverty that ensues. She’s living off “meth and tips,” Price exposes a soft, white underbelly of the less glamorous aspects of living in a region without healthcare and riddled with cheap drugs. “Just make a decision, Lydia” she pleads in the final seconds of the song.

Price has further developed her ability to sing about her ailments in life, whether using psychoactive drugs or in general, as well as honing the craft of spinning a story within her lyrics, with wider social implications in her region and areas of reach. Price is shining a light on personal experiences and life’s ugly ups and downs. 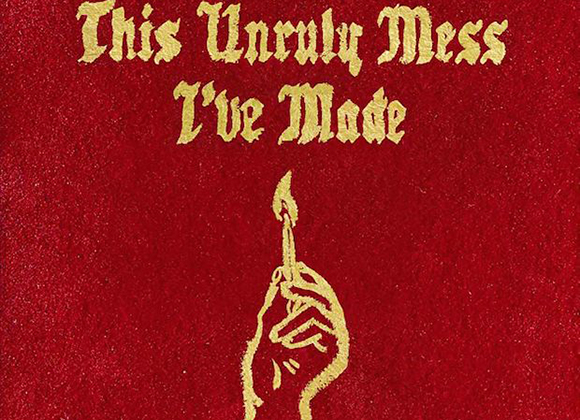