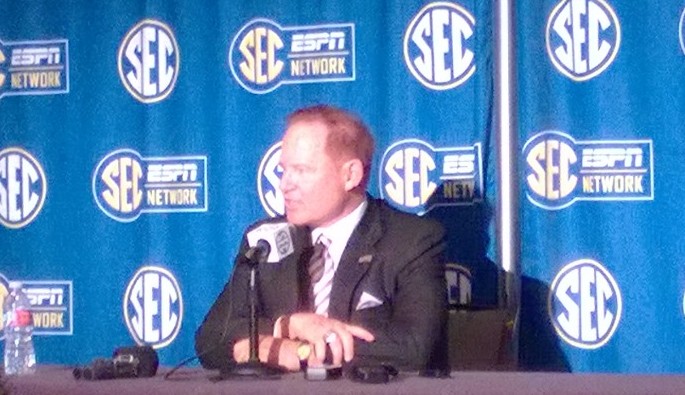 Day four has come to a close in Hoover and SEC Media Days 2015 has been wrapped up. Thursday was a day that was filled with questions about some of the top teams facing quarterback troubles.

Mark Richt was the first to take to the podium on Thursday morning. Richt still says the quarterback position is wide open and the Bulldogs just added Virginia transfer Grayson Lambert to the mix.

“I have no idea who the starter is going to be,” Richt said. “We are going to have a tremendous competition for that position. I think it’s going to take awhile.”

Richt said that he likes that Lambert brings some experience to the table and he’s happy to finally have him with the team before fall camp starts. No matter who earns the starting job by September, the Bulldogs bring back a very talented receiver in Malcolm Mitchell.

Mitchell has faced several injuries over his career and this is the first time he has finished spring practice without one. The fifth-year senior has great play-making ability for Bulldog fans have yet to see it for a full season.

“This is the best I’ve felt in awhile,” Mitchell said after coming off another knee injury last season. “I plan on playing in every game this year and making game changing plays.”

LSU made their own headlines with some bright red clothes and some legendary Les Miles quotes. Leonard Fournette came to media days wearing a pair of red pants and a red bow tie that Les Miles did not think very highly off.

“We felt like, just short of throwing him off the plane,” the Tiger head coach said. “Before we got on the plane, we thought about spray painting them at the hanger but there was none.”

Miles went on about his history with the color red, including his red car that he sold before going to Stillwater and how he didn’t date women that wore red. He said he never understood why it was stylish.

LSU also faced some questions about football, most of them about the quarterback situation since presumed starter Anthony Jennings has been suspended. Sophomore Brandon Harris is expected to take the starting role and the confidence around him is sky high.

“I think he has really improved,” Miles said. “I think I’m confident in both guys and I think the competition will end up making the call there who will start. I think we’re nothing but improved at the quarterback position.”

Ole Miss was the third team to face the media on Thursday. The Rebels are coming off a strong season but the season ended on a terrible note with the blowout loss to TCU in their bowl game.

Hilton also touched on the fact that his team is ready to take the next step and move toward the goals of an SEC or National Championship. Ole Miss head coach Hugh Freeze has a very talented team but the Rebels will have to face a long road to get to a championship game.

“Our schedule hasn’t done us a lot of favors with some very difficult road games,” the fourth-year head coach said. “Alabama, Auburn, Florida and the Egg Bowl against our rivals.”

The Perfect Replacement for Kirby Smart 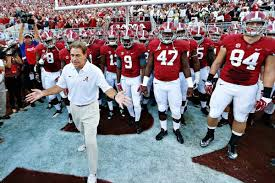