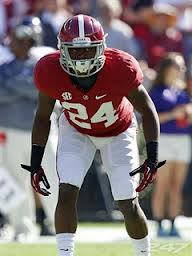 Tuscaloosa– You know that old saying, “play time is over”; Well for the Alabama Crimson Tide, that saying rings more then true now then ever. This weekend the Crimson Tide will face off against the Florida Gators as the start of SEC play begins. Last time Alabama faced the Gators, a guy named Trent Richardson ran all over the Gators defense as Alabama went on to a 38-10 win. While Richardson hasn’t produced like one would thought, He’s gone and Alabama will need to rely on new running backs as well as a brand new team to trample over the Gators tails.

Alabama (3-0) comes into this game after clobbering Southern Miss and Florida and looked strong against a PRETTY good West Virginia team. While their are issues on both sides of the ball for the Tide, Nick Saban has come up with a plan to stop the gators in their tracks. Led by Quarterback Blake Sims and wide receiver Amari Cooper, Alabama ranks in the top 30th points scored and  top 15 in yards gain. Sure it was against smaller schools but it sure looks good on paper for any team facing them.

The Florida Gators (2-0) might come off as one of the surprise teams in the east the year. After a rainout game with Idaho, the Gators death rolled their way to victory against Eastern Michigan 65-0. Then, they managed to struggle hard against a very mediocre Kentucky team. While they battled back and forth and tossed and turned, the Gators managed to pull out a triple over-time win in Gainesville. With Will Muschamp’s seat getting hotter by the day, he and the swamp boys will have to pull something big out of their playbook to keep up with the Tide.

While this matchup has been famous for the 2008 SEC championship (where Tebow cried),  both teams have weakness that could cost them their first loss. While experts have picked Alabama to win; In the Sec anything can happen on any given Saturday. Over the past few weeks, Alabama has kept their play calling pretty dang simple. For those who haven’t watched the game; screen to Amari Cooper, run, run screen again, run and then a deep pass. That could definitely work on teams like Southern Miss, but Florida is going to be able to catch on pretty quickly. Everyone knows that offensive coordinator Lane Kiffin has a few tricks up his sleeves when it comes to coaching, and this might need to be the week where he tries it. If Alabama wants to make a statement early, they will need to come out of the gates with a play that no one has seen before. If they can throw Florida off it’s tracks from the get-go, the Tide might just cruise their way to another victory.

SWITCH UP THE PASSING GAME

By now the name Amari Cooper is pretty much known nation-wide. He’s a receiver with spend, agility and hands made of glue-like magic. Another name that’s pretty well known in the SEC is Florida cornerback Vernon Hargreaves III. After a phenomenal freshman campaign, Hargreaves will spend most of Saturday playing one on one with Cooper. This game could be another Sims-Cooper show but with a top corner like that, Sims might want to look around for other targets. Last week even Saban said that their were layers who need to get the ball and show they’re playmakers as well.

“We have multiple players who can be playmakers for us,” Saban said. “They need to get the ball as well.”

Look out for stars like Chris Black and DeAndrew White to come out and get the ball as many times if not more than Cooper. GET INSIDE BLAKE SIMS HEAD

While Sims has play over the top his first three weeks, his real challenge will come on Saturday where he gets his first start against an SEC team. Like any quarterback in a big game, half the mistakes he makes usually is due to a mental issue rather then a mechanical one. Sims has shown he has the mechanics to be a starting quarterback, but his mental game has been just as strong. Florida will have to work from the get go on getting inside Sims’ brain. If the defense can make Sims throw bad throws, maybe get an interception and force him out of the pocket for negative yards; Florida will have the upper hand when Sims enters the field every play.

WIN THE ONE ON ONE’S

Sometimes a team needs to rally together in order to win against a powerhouse team….that’s not the way Florida will win. If Florida wants to stay undefeated, they will have to win the one on one games. Sure, stopping Amari Cooper is half the battle but Jeff Driskel will have to get the ball flying to Demarcus Robinson. Alabama’s main weakness still is at the cornerback position and Driskel will have to use that to his advantage. no matter who lines up against Robinson, the gators will have to win that battle in order to push Alabama to their limits.

PLAYERS TO WATCH FOR: ALABAMA For those who have read most of the articles on this website, Blake Sims has made a few guest appearances on the articles. The difference this time is Sims is going to be the starter for Florida unlike the last time where it was a toss up. Sims doesn’t have the strength or size like Jake Coker, but what he lacks in some he makes up for in speed. With a front line led by Dante Fowler Jr., Sims will most likely be throwing out of the pocket or on the run. Sims has shown has the capability to run, especially in red zone. Watch out for Sims to either let go of the ball quickly or tuck in go for a run up the field.

ANY WIDE RECIVER NOT AMARI COOPER

Amari Cooper has proven to America that he is a contender for the Biletnikoff award and possibly a Heisman. There might be one tiny problem this week…Florida’s cornerbacks are pretty good. This week, Sims will rely on all his receivers to step up and make huge strides down the field. Overall this season, the Alabama receivers combined have 35 receptions while Cooper has 33 alone. The screen pass won’t work every down against players like Jalen Tabor. With the return of DeAndrew White and the Hype from Chris Black and Adarius Stewart, Alabama will have to look for them going up the middle out of the slot position. Don’t be to shocked either if OJ Howard finally makes his way into the mix with a quick slant up the field too.

PLAYERS TO WATCH FOR: FLORIDA When a team has receivers who can make big plays, 9 times out of 10 they will receive the ball most of the time. Driskel will have to look to Demarcus Robinson most of this game when passing. Robinson has put up stellar numbers in his first two games with 21 receptions for over 300 yards and 3 touchdowns. With Alabama’s secondary already in shambles due to Nick Perry’s ejection, Robinson will definitely have to take the advantage of that. Expect to see Robinson work his way in and out of that nickel defense and make those corners either look like heroes or zeros. If Robinson can even put up half the numbers in this game like he has in past games, Alabama’s defense may be in a very rude awakening.

While Vernon Hargreaves may be the most recognizable name on the Gators defense, Dante Fowler Jr. probably would be a close second. The junior defensive end from St. Petersburg has the most experience of anyone on the front 7 and will have to play big for Florida I the trenches. Most likely he will be lined up against freshman tackle Cam Robinson. If Fowler Jr. can show some of Robinson’s freshman weakness’, he probably will be spending alot of time in the backfield making multiple tackle for losses. Expect Fowler to be a game changer throughout most of the game. With Nick Perry out for the first half of Saturday’s game, someone will have to step up in his place in the secondary. While Landon Collins is the obvious choice, let’s make Geno Smith the X-factor player this week. The junior from Atlanta is already the starting star corner when running the nickel or dime package and has had some success there. Overall he has 9 tackles on the year and probably will be adding a few more this weekend. The most likely option is Smith will be moving to free safety and Maurice Smith will enter the game as the star corner. Still, Smith will have to work even more over the top if he wants to keep up with Robinson and the other Gator receivers. Expect either a big day out of Smith or a complete disaster in Alabama’s already thinned secondary. What Alabama struggles at, Florida has one of the top. Cornerback Vernon Hargreaves III is probably the top cornerback in the SEC if not one of the top cornerbacks in all of college football. Hargreaves not only has speed, but his ability to break on the ball and make the quick pick. He definitely will be playing lots of man coverage on the Alabama receivers Saturday but probably none more then Amari Cooper. Florida needs to win the one on one battles and this is one matchup Hargreaves must win. If he can force an interception or at least make Sims throw to other targets, he will help his team substantially and might even lead them to victory.

This is definitely a tough one for both teams. Alabama needs to step up and prove that they still are a power house in the SEC after losing players like McCarron and Mosley this offseason. Still, there’s pressure on Florida to return to former glory and make last season seem as if it was just a fluke. More importantly, Will Muschamp’s seat is scorching at the moment and with a loss to Alabama, he might want to start printing out his resume. The last time Florida beat Alabama in Tuscaloosa was 1998 and it won’t change again this week either. While Florida will show signs of life, Alabama’s receiving core is too strong for even the great Hargreaves to handle. Expect it to be closer then most but still, Alabama should cover the spread and start SEC play with a big win at home.

Drowning in the Crimson Tide 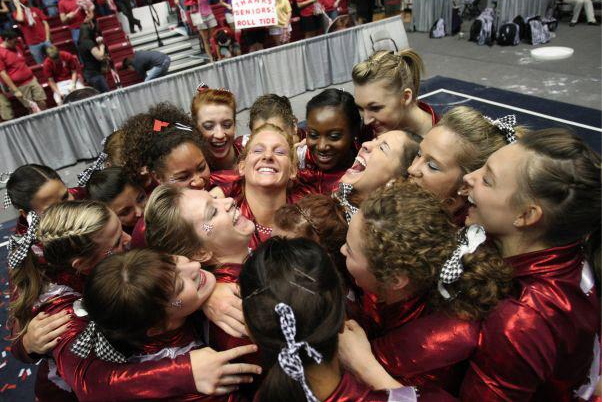